Come exploring under the cover of darkness.
It’s when the sun goes down that Willow Court’s hidden tales emerge from the shadows. 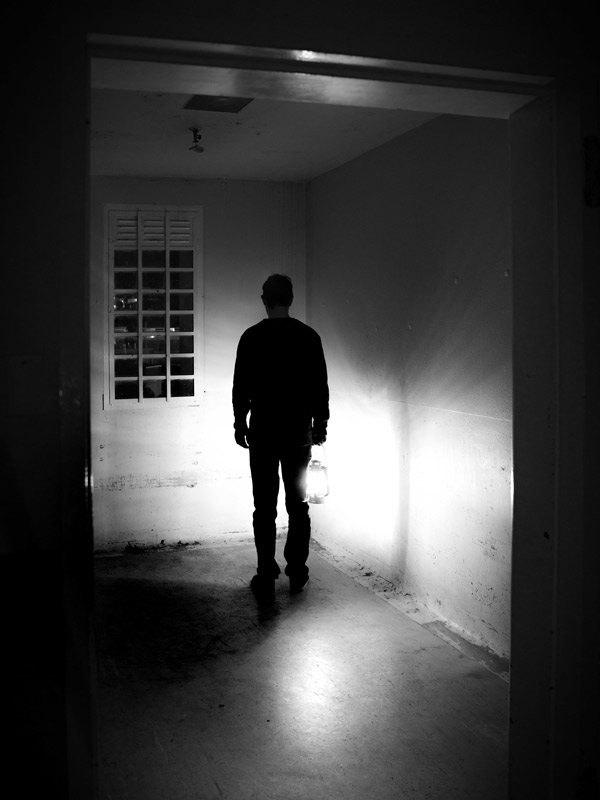 With buildings made of convict brick and sandstone, Australia’s oldest military barracks still in use was established in 1814 in old Hobart Town. The site was chosen as it gave clear and strategic views of Sullivans Cove and the Derwent River and was built on what Governor Macquarie called “Barrack Hill”.

The barracks became the social hub of settlement and included accommodation for both soldiers and officers with many outbuildings including a hospital, guard house and the countries only 19th century military prison.

Are you brave enough to take on the old Military Gaol at night?

Join us as we investigate this 19th century Military Gaol as access to this venue in the darkest hours is not otherwise permitted, so come along to find out who or whom still “haunts” these prison walls.

Dating to 1898, the Gaiety Theatre stands quietly in the heart of Tasmania’s wild west coast. Rich in mining history, Zeehan was once one of the state’s most important townships. In the late 19th and early 20th century this was ‘Silver City’, with a vibrant population supporting over 20 hotels along its main street. Today the town is steeped in an almost decaying grandeur.

In its heyday the Gaiety Theatre was the largest concert hall in Australia, hosting raucous performances for over 1000 guests each and every night of the week. A visit will have you feeling history emanating from its walls.

Intrigued? Join a local guide on our 2 hour Paranormal Investigation Tour. It’s only after the curtain falls that the Gaiety Theatre truly comes to life. Check us out on the Amazing Race!

Tasmania’s Most Haunted hosts a variety of distinctive events and private tours at Willow Court in southern Tasmania. From 6 hour ghost hunts and special Halloween events, through to unique Victorian Parlour Nights. We also open our doors annually for the World’s Largest Ghost Hunt.

Exclusive private tours of Willow Court are available for both business and social groups. From adult birthdays and special occasions to corporate events unlike any other.

STAY UP TO DATE

Straight to your inbox after dark: Latest news, upcoming tours and special events.

We acknowledge the traditional owners of the land on which we work and live, and respect their ongoing custodianship of the land. We pay respect to Tasmanian Aboriginal people, and Elders past and present.